ARP® Bolts and Studs are approximately ten times stronger than OEM fasteners. For most performance applications, studs are recommended over bolts. Studs make it much easier to assembly an engine, assuring the cylinder head and gasket are properly aligned. Studs also provide more accurate and consistent torque loading, which aids the prevention of cylinder head gasket leaks.


CAUTION: When installing cylinder head studs on the small six, you need to make sure the front head stud, on the exhaust side of the motor, does not project deep enough as to interfere with the water pump impeller. This must be verify prior to starting the motor, as failure to do so may damage the water pump impeller or internal engine parts, possibly resulting in catastrophic engine failure. If the stud is to long, simply remove the stud and grind off the excess. This stud is also a wet stud (in contact with engine coolant), therefore you must use ARP thread sealer (or equivalent) to prevent leakage or rust, which may make future stud removal difficult. 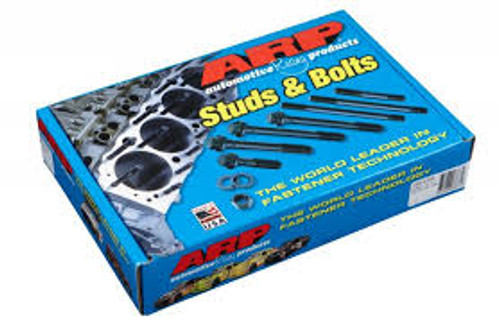